For several years, Nepal has become a hot destination wedding country. A short flight from Delhi, no passport or visa requirement helps in last minute additions. The best is, you can use Indian Currency INR happily throughout the country, The country possesses Durbars, Temples, Scenic Views, National Parks and worlds highest Mount Everest. It is a destination worth booking. Following are the attractions:

The Durbars and Temples

This Hindu dominant country is dotted with centuries old ancient religious centers. Especially the Kathmandu Valley, which has the highest density of UNSESCO Cultural World Heritage Sites. From medieval palaces to courtyards to temples, all of these sites boast of exemplary and exquisite Newari architecture that will transport you to the old world.

Traditionally only afforded by the rich ones in Nepal, the Nepalese five stars and other luxurious hotels have increasingly played hosts to beautiful wedding ceremonies these days. From a colossal fancy hotel situated in the heart of the city to dainty, serene hotels located amidst jungles, the options are endless.

Whether you are looking for a big fat Indian style wedding, a theme wedding, or anelegant and minimalistic wedding, these hotels can easily fill in the shoes, coming up with everything from seat arrangement to cuisine.

Nepal is very rich in terms of topography and biodiversity. Thus, it is home to numerous national parks, wildlife reserves, and conservation areas. These protected regions aren’t only astonishingly beautiful, but also is home to a staggering variety of floras and faunas. Moreover, since these are tourist hotspots, there are several luxurious hotels.

That’s why, these national parks are yet another optimum choice for a destination wedding, if you are a nature lover or want to wed at an unspoiled, beautiful natural place, national parks offer you the best of both worlds.

Shanqh Luxury Events is the Best Wedding Planner in India to plan a wedding in Nepal with exclusive tie ups with Nepal Tourism and Wedding Resorts at special rates. If you are looking for a destination wedding in Nepal – Kathmandu, Chitwan and Pokhra, we have already shortlisted the properties for you.

Following are some hotels were we exercise Destination Weddings in Nepal:

With plenty of character, the Dwarikas Hotel is a unique place to stay in Kathmandu. A traditional Nepalese building that has been converted into a hotel and museum, it has traditional terracotta workings and carved wooden panels that have been preserved to give the feeling of a Nepalese palace. 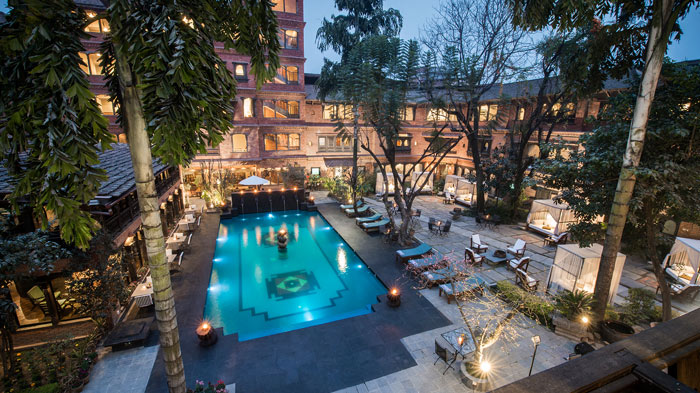 Located in the very heart of the Nepalese capital, the Radisson Hotel is perfectly situated for local sightseeing in the city and the surrounding valley. Just a short walk from the palace square, the city center, and the popular shopping center of Thamel, King’s Way, the Radisson offers some of Kathmandu’s luxury delights. The hotel offers spectacular views over Swayambhunath Stupa and on clear days gives great views of the mountains surrounding the Kathmandu Valley. 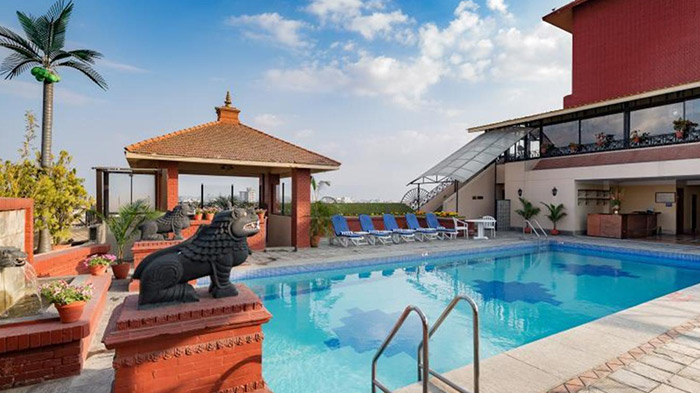 Despite it’s strange name, the Yak & Yeti is a five star luxury hotel set in the Heritage Palace in the center of Kathmandu. Reminiscent of an ancient royal palace, the hotel is surrounded by carefully landscaped gardens dotted with stunning fountains. It also contains an outdoor pool, two full-sized tennis courts, and its own casino. 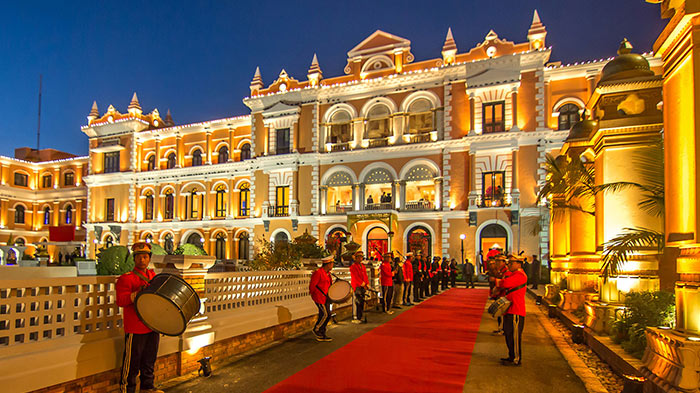 If you are looking for a top of the line rural retreat, then the Gokarna Forest Resort is the place to stay. Surrounded by monkey and deer filled forests the hotel sports wicker furniture on its garden terraces giving it that British colonial feeling that makes you want to sit and drink tea with scones. 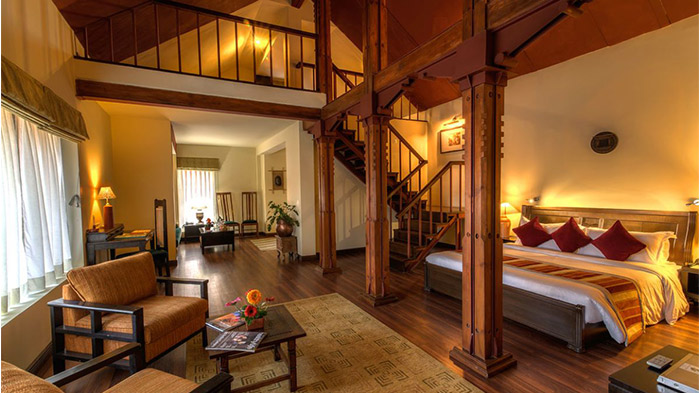 Set in luxurious grounds that offer the mighty Himalayas as a backdrop, the Fulbari offers deluxe rooms with scenic landscape views from their private balconies and a nine-hole golf course that overlooks the Seti River gorge. 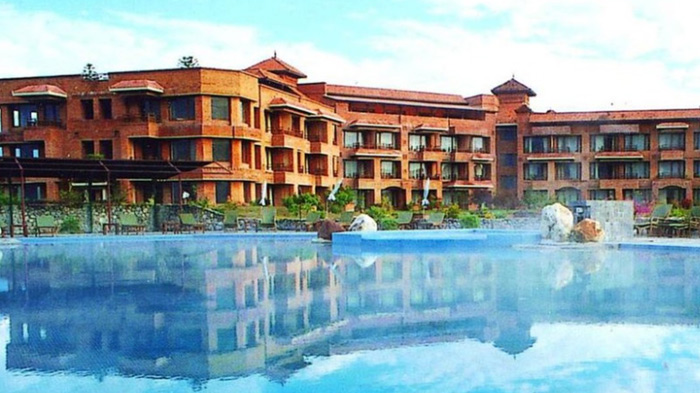 Set amidst the magnificence of the Annapurna Mountain Range, the Shangri-La is inspired by traditional Nepalese village architecture with a luxurious twist. The hotel offers spectacular mountain views from all rooms. 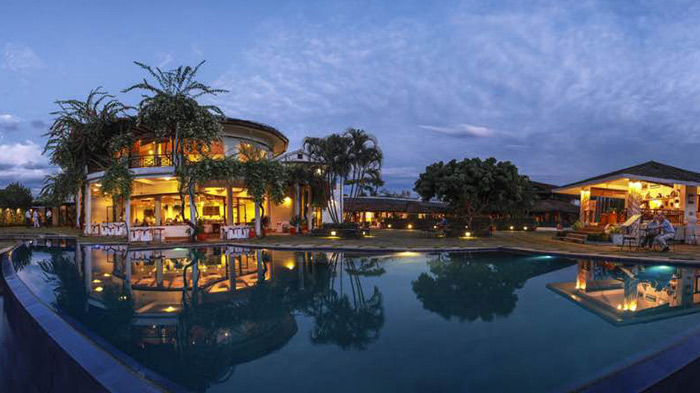 Set in Lakeside in Pokhara, the Temple Tree Resort & Spa has raised the bar for accommodation in the area, with traditional Himalayan architecture and stunning views of the Annapurna Mountain Range. 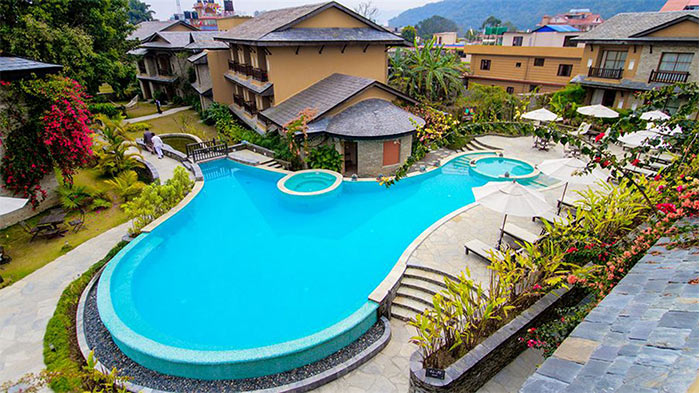 Sitting on a hilltop 300 meters above the spectacular Pokhara Valley, the Tiger Mountain Lodge has a panoramic view of Machapuchare as well as three of the Himalaya’s 8,000 meter plus mountains, Annapurna, Manaslu, and Dhaulagiri. The rooms are bungalows made from hand-cut stone that surround the hilltop. 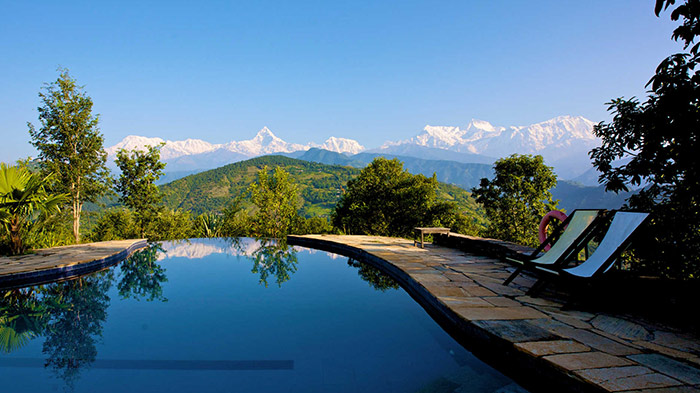 Designed in Newari brick, the hotel is a delight of grand entrances, winding corridors, and perfectly landscaped gardens that look out on the distant mountain peaks. The main resort hotel has luxurious and dignified rooms that are reminiscent of colonial times, as well as several small luxury cottages nestled in the wooded hillside below the main resort. The cottages are inlaid with wooden beams and decorated with reliefs and sculptures, and all include rustic, wood-burning furnaces for that romantic setting. 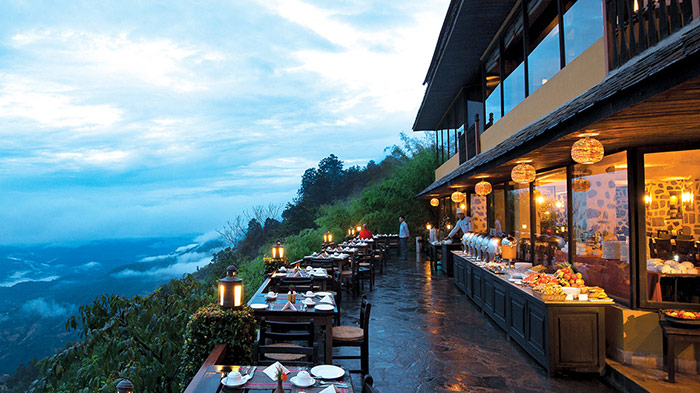 Lying on the banks of the Rapti River, on the edge of the Chitwan National Park, the Taj Meghauli is a luxury resort hotel that features a swimming pool, fitness center, games rooms, a library, and luxury bar and restaurant that overlooks the river. With a backdrop of spectacular jungle and Terai landscapes, the Taj Meghauli offers some of the most amazing adventures in Nepal, from wildlife safaris to see the Bengal tigers and indigenous rhinos to elephant safaris and river canoeing. A great place to set as a base for exploring the Chitwan National Park, the Taj Meghauli is the height of luxury in the jungle wilderness of the Terai region. 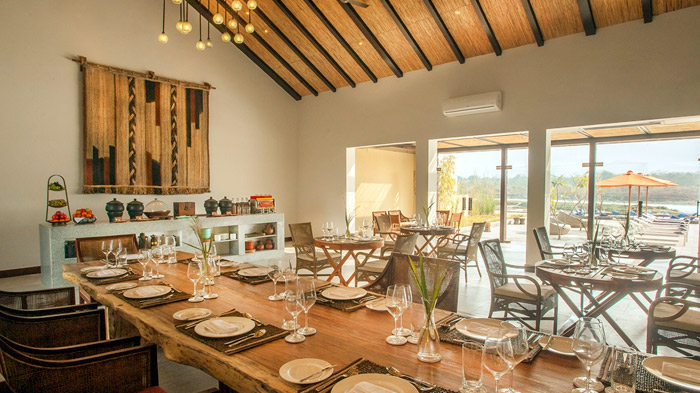 ‘PLANS ARE NOTHING, PLANNING IS EVERYTHING’ – DWIGHT D. EISENHOWER

Choosing the right event planner is a very strenuous job, Shanqh Luxury Events, also hailed as the most trusted Wedding and Corporate events Planner, is highly preferred for its immaculate end-to-end deliveries. The unmatched management and design experience of founders, Manvir Singh and Siddhant Paul, and the rich exposure of the team has led them in securing an all-time high customer satisfaction. Shanqh Luxury Events, known for its state of the art Wedding Planning, Wedding Decor, Enchanting Entertainment, Professional Hospitality and Corporate Engagement, provides the widest range of options to its esteemed customers. Team Shanqh Luxury Events is very innovative, energetic, creative, quirky and fresh in ideas and has the maximum number of real weddings featured on several wedding blogs. 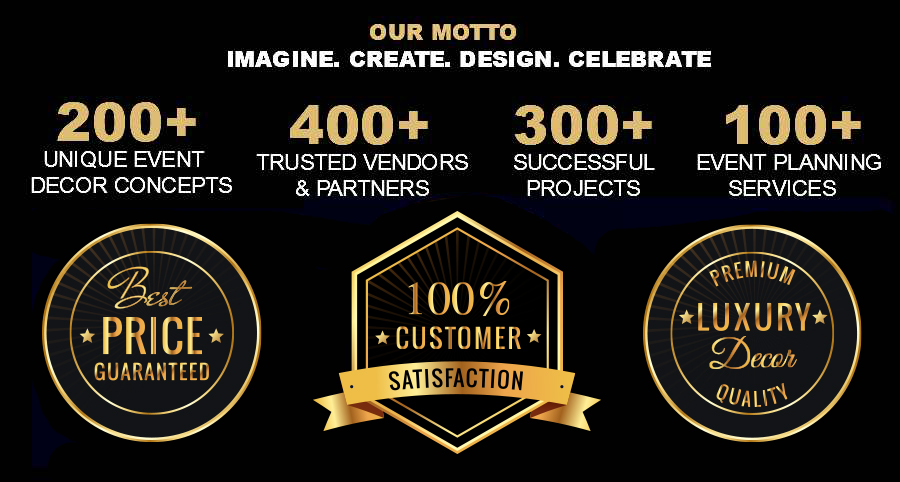 WHAT OUR CLIENTS HAVE TO SAY ABOUT US

I am a fan of your work, you people are role models for the industry

Perfection is the word

Shanqh members have made our day just amazing, the décor was appreciated by every one

Highly skilled and dedicated staff. Our corporate exhibition was a class apart from the rest.

I haven't seen a better duo than Manvir and Siddhant! They are sooooo good at what they do! They made everything for me so so easy! Manvir had everything up on the google docs! Every smallest thing was just a click away for everyone of us! From the wedding favours to the timings of events to the guest list to artists, everything! Manvir and Siddhant met us at Ramada, Udaipur for finalising of vendors and

Giving a little background Sidhhant was my senior at my undergraduate, so I had a fair idea about his sincerity and hardworking. I contacted these two amazing professionals Manvir and Siddhant from San Francisco in February 2019 got my wedding in November 2019. My wedding was perfectly planned, where I had no clue how things were happening or being managed as these two took care of everything; from bring the perfect venue, perfect decor, stay

These guys were great! It wasn't a huge wedding when it came to numbers but it was definitely a lot to manage when it came to the number of events and all the custom details we had for a whole week! With just a primary team of 2 planners- both Siddhanth & Manvir managed every single nuance - transportation, hotel stays, decor, stationary and so on! They also helped us design our invites. Siddhanth, being

The perfect team I would say with and every soul so down to earth and perfectionists at what they do. I was browsing WMG when I stumbled across some vendors and since I lived in Canada I could not call them through the contact option. However, somehow each and every planner got my number and started bugging me except the Shanqh team, which floored me. Next, I got in touch with Manvir and connected him

Bow down to you guys

If it is destination weddings, it is Shanqh. You guys just nailed it!!!

There is no one better than them

Shanqh- Manvir and Siddhant. Remembering them always gets a smile on my face. Any amount of praises for them would fall less. It's a tough decision to choose your event planners and even more tough to convince your parents that the ones you have chosen are the best because we know how finicky all parents get when their daughter is getting married. Choosing Shanqh has been one of the best decisions I took for my

They are too good

Manvir and Siddhant are two rock star wedding planners. High energy but yet cool under pressure. Aman and I have probably exchanged not hundreds but thousands of messages over WhatsApp over several months leading up to the wedding. Our wedding planners toured the wedding venue multiple times and kept us updated via video, pictures, and facetime. They had made detailed blueprints of the site and had each and every details and various contingencies well planned

I remember the day I got in touch with them and since then it was them. Siddhant, Manvir and their team are really efficient and knows very well how to take the wedding to the next level. They actually work like a family and takes care of all the little details. Also, as people they are too good. Thank you so much for making our work easy and better. Highly recommended!! :)

Shanqh events were the best thing that could happen to our wedding. Everything went on so smoothly, all thanks to them.